Theory of Change vs Logical Framework – what’s the difference?

Over the last few decades there has been an ongoing debate in the international development community about the best way to describe how programs lead to results. One approach has been to use a Logical Framework (also called a LogFrame), which most donors now require. Another increasingly popular approach is to create a Theory of Change.

So if the academics still can’t agree, how can you tell the difference?

Although academics are still debating the relationship between the two formats, in practice there are some differences in how they are used. At the simplest level, a Theory of Change shows the big, messy “real world” picture, with all the possible pathways leading to change, and why you think they lead to change (do you have evidence, or is it an assumption?).

A Logical Framework is like zooming in on the specific pathway that your program deals with and creating a neat, orderly structure for it. This makes it easier for you and the donor to monitor program implementation.

In practice, a Theory of Change typically:

DFID have put together 10 examples of Theories of Change from their programs. You will see there is no standard format, although they all include a diagram and narrative text. Before each example is a check-list to assess whether the Theory of Change includes an analysis of the context, a clear hypotheses of change, and an assessment of the evidence (this is what DFID thinks they should include).

In practice, a Logical Framework:

Most Logical Frameworks are shown using a logframe matrix that is similar to this template, although organisations differ in the exact terminology used for the columns and rows. 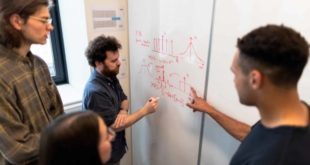